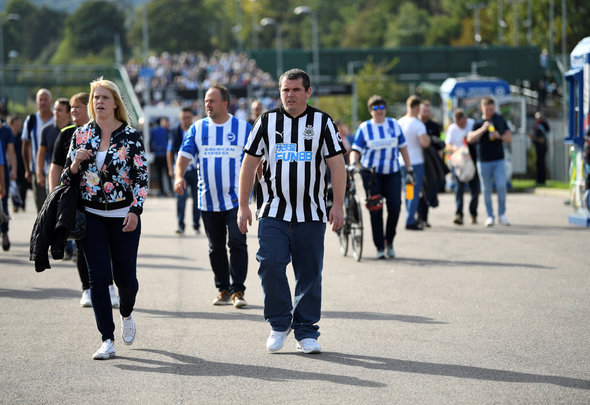 Newcastle United were unable to continue their fine run of form as Brighton secured a narrow 1-0 victory at home on Sunday.

Tomer Hemed’s second half strike was enough to put an end to the Magpies’ three game winning streak and saw Rafael Benitez’s side slip to eighth in the table after starting the weekend in fourth.

Benitez uncharacteristically named an unchanged side from the Magpies’ 2-1 win over Stoke City last weekend, despite the likes of Dwight Gayle and Jonjo Shelvey pushing for a place in the starting XI.

However, they were unable to replicate their success at the Amex Stadium as Brighton nullified their attacking threats and capitalised from a set piece, something that the Magpies were unable to do despite two match winning goals from corners in recent weeks.

So, how did the Newcastle players rate on Sunday afternoon? Here Football Insider rates each player, including one man who earned an impressive 7/10 and three players who really disappointed.