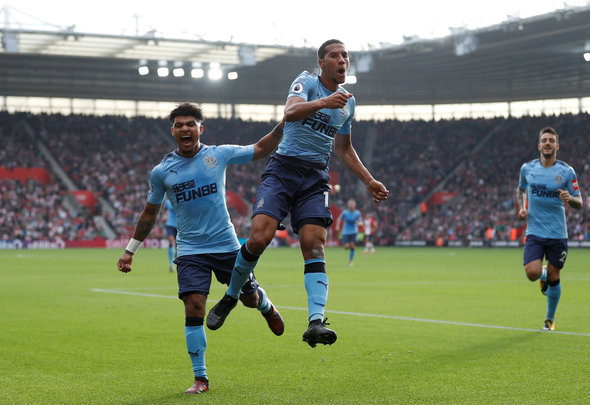 Newcastle United were unable to return to winning ways as they let their lead slip twice against Southampton at St Mary’s on Sunday.

Isaac Hayden and Ayoze Perez both fired the Magpies ahead but a Manolo Gabbiadini double, one from the penalty spot, pegged them back in an enthralling tie.

Both sides were presented with chances in front of goal, with Southampton’s profligacy and defensive determination meaning that neither side could take full advantage.

The result sees Newcastle stay ninth, one place ahead of Southampton who move into tenth, while are two points behind four sides, including Liverpool, Arsenal and Chelsea.

So, how did the Newcastle players rate on Sunday afternoon? Here Football Insider rates each player, including a defensive duo who were like chalk and cheese against the Saints.