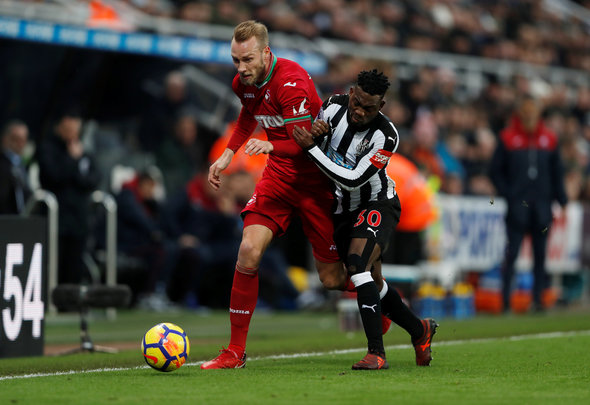 COMMENT
Newcastle United were forced to share the points with Brighton after a dour 0-0 draw at St James’ Park on Saturday.
The Magpies dominated the first half, creating several chances to test the Swans’ Lukas Fabianski, but were unable to find the breakthrough before the half time whistle.
Instead it was the visitors who took the lead, Jordan Ayew heading past Karl Darlow at the second attempt just after the hour mark after he was afforded time and space by Newcastle’s centre backs.
However the lead did not last long, with substitute Joselu making a near-immediate impact by slotting home an equaliser just minutes later after Ayoze Perez’s deflected shot.
The visitors may have stolen the win at the death, had it not been for impressive stops from both Darlow and right back DeAndre Yedlin after Swansea found themselves with a good opportunity to score in added time.
So who shone for the Magpies at St James’ Park and who let the Toon Army down?
Here, Football Insider rates each of the Magpies’ stars out of 10, including one man who had an absolute shocker with a 5/10 display.
Click below to reveal the first of our ratings…