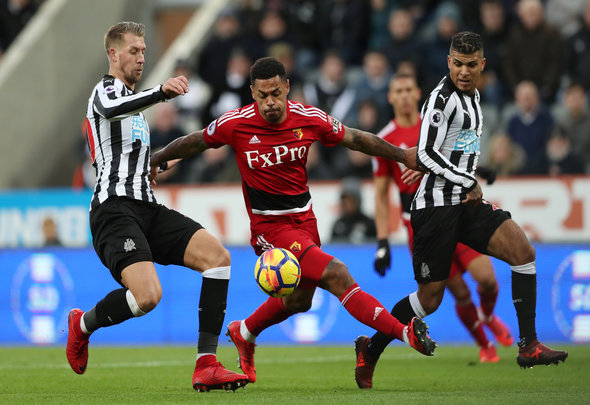 Newcastle United were comprehensively beaten by Watford in their clash at St James’ Park on Saturday.

The Magpies came into the match off the back of a 4-1 defeat away at Manchester United last weekend, their third successive defeat, while the visitors were hoping to bring the form they showed in their 2-0 win over West Ham to Tyneside.

It was Marco Silva’s men who began the brighter of the two sides, and a swift counter attack saw Will Hughes sweep home to give the visitors the lead.

Newcastle looked bereft of ideas and just before the break found themselves 2-0 down, DeAndre Yedlin deflecting a cross from Watford’s left past Rob Elliot and into his own net.

The second half did not get any better for the Magpies, and Andre Gray’s close range goal ended the game as a contest and condemned the home side to their fourth consecutive defeat, leaving them in 13th place, just four point ahead of those in the drop zone.

So how did the Magpies’ players get on?

Here, Football Insider has analysed and rated each of them, with one man way below par with a disappointing 3/10.