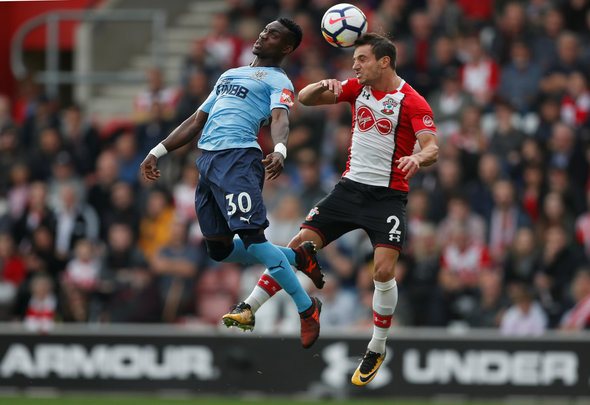 Newcastle United star Christian Atsu has revealed just how desperate he is to see the club’s abysmal run of form end after billing Wednesday’s clash with Everton as a “must win”.

The Magpies have picked up one solitary point from their last seven games, which have included six defeats and one draw.

Their winless run has seen them slide down the table to end up sitting just two points and two places above the relegation zone, having succumbed to a 3-2 home loss to Leicester City on Saturday.

Everton meanwhile are unbeaten in their last three games, most recently a 1-1 draw with fierce rivals Liverpool, with former Newcastle and England boss Sam Allardyce now in the dugout after he replaced Ronald Koeman.

The Toffees travel to St James’ Park on Wednesday looking to extend their run of form, while Atsu has shown his utter desperation at securing three points.

He told the Chronicle: “This is a must win game for us. I know all the players will give everything in that game.

“I just concentrate on giving everything I have for Newcastle United now. I am pleased to be back from injury and able to help the team do their very best.”

Speed machine Atsu spent time on loan at Goodison Park from Chelsea, but only ended up making five appearances before returning to Stamford Bridge.

He returned from a four game absence through injury in Saturday’s clash against the Foxes, having appeared in every one of the club’s games prior to his layoff.

In other Newcastle United news, Mark Lawrenson has delivered a damning verdict ahead of Wednesday’s showdown.