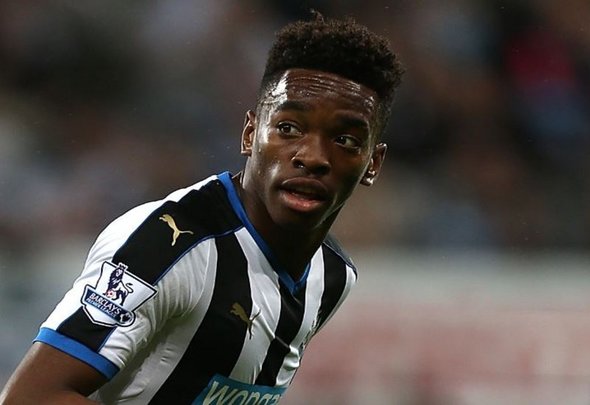 Newcastle United are ready to sell prolific striker Ivan Toney this summer after he failed to convince Rafael Benitez, according to a report.

The Chronicle claim the Premier League club are set to cash in on the forward, 22, in the forthcoming window rather than lose him for a cut-price fee when his contract is closer to expiring.

It is said that Toney still has two years left on his current deal but he has “not done enough” to win over Benitez and train with the first team since the manager was appointed early in 2016.

The spearhead is on loan at League One outfit Scunthorpe, where he has scored six goals, including a golden run of four in their last six league fixtures.

Toney joined Newcastle from Northampton when Steve McClaren was manager in 2015. He has had loan spells at Wigan Athletic, Shrewsbury Town and Barnsley.

Toney is certainly a top predator in the lower leagues, but there are serious question marks as to whether he can cut it at the highest level. His lengthy apprenticeship in the Football League has served him well, and he has scored goals at all of his loan clubs, including the best spell of his career to date for promotion hopefuls Scunthorpe. But Toney has not won Rafa over, and Newcastle are better off cashing in on a player who would earn them a seven-figure fee in the forthcoming window, rather than allow him to leave for buttons when his contract is close to expiring.

In other Newcastle United news, a BBC pundit has drooled over an “outstanding player” in the team destroyed by the Toon faithful all season.