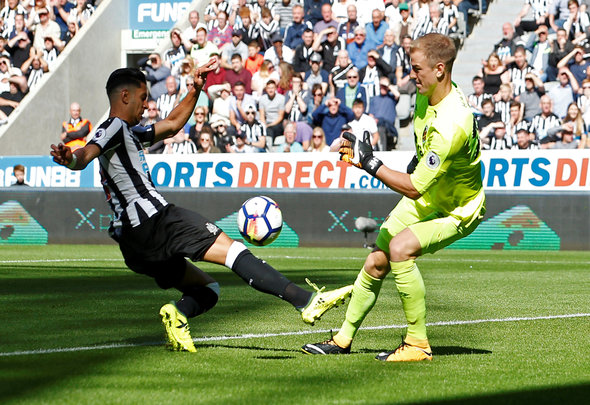 Newcastle United attacker Ayoze Perez has revealed that he is hoping to score more goals at Newcastle in a bid to break into the Spanish national side.

The attacking midfielder, who has also operated as a centre forward during his time on Tyneside, has been hit and miss in front of goal since his move from Tenerife back in 2014.

He has scored some wonderful goals for the Magpies, including a well taken back heel flick against West Brom, but having been switched between a variety of roles, he has not always lived up to his talents.

However, he insists that he intends to score more goals as his career progresses, as he looks to earn himself a place in the Spanish national side.

Speaking to Sky Sports, he said: “It’s a dream, a dream for me to be able to play for the national team.

“I had the chance to play with the under-21s but with the first team would be something really amazing.

“Thinking about that, trying to do my best and score some goals is key and hopefully I can make that dream come true.”

Perez made two appearances for Spain’s under-21 side, making his debut back in 2014, and has turned out 124 times for Newcastle.

During that time he has netted 25 goals and chipped in with 10 assists for his team mates, although he is yet to find the back of the net this season despite having started every one of the Magpies’ league matches.

However, despite having seen himself take on a less advanced role under Rafael Benitez , he insists that Newcastle is the place for him to prove himself to the Spanish selectors.

“I cannot ask for any more as I’m in the right place,” he told Sky Sports.

“I adapted myself really quickly to Newcastle, it’s a lovely city, the fans are amazing and the league is the best in the world.”

Perez, and the Newcastle supporters, will be hoping he can rectify his recent poor goal scoring form in the club’s coming matches, beginning with their clash against Southampton on Sunday.