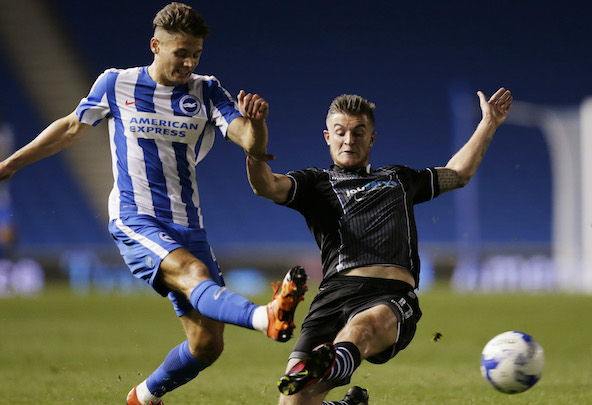 Rangers should have their eyes on one goal at the moment and that is hiring their next manager, but with January rapidly closing in, the Glasgow side must start to think about making plans for strengthening their squad.

The Light Blues have got some serious flaws in their side after Pedro Caixinha’s botched recruitment drive in the summer and whoever the next manager is must try to make amends.

One of the areas in need of strengthening is at full-back.

Aside from James Tavernier and Declan John the Gers have got little strength in depth with Lee Wallace constantly injured and Lee Hodson nowhere near to the quality required to play for the club.

That’s why Rangers must join the hunt for Oldham full-back Rob Hunt, who is reportedly attracting a lot of attention from the English Championship.

HITC is reporting that Hunt, 22, has a six-figure release fee in his contract valued at £300,000, a price should be more than affordable for Rangers, who should take note of what the player has done since moving to Boundary Park from Premier League side Brighton in the summer.

His performances in League One are already well above the standard in that league and it seems that many second-tier sides want to bring him in because of his ability.

Ex-Brighton defender Hunt is adept at playing at both left and right-back and is vast improvement on Hodson, who should be flogged in order to fund a move for the Oldham star.

HITC reported in the summer that Leeds United were also keen on Hunt and that is around the level of quality that the Gers should be trying to achieve.

In other Rangers news, Bob Malcolm has launched an explicit rant at the Gers board.