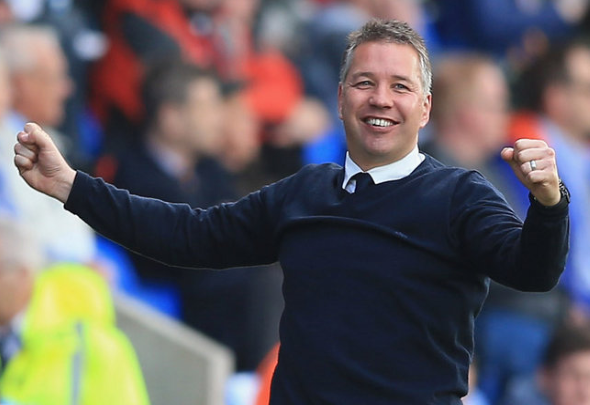 Doncaster Rovers manager Darren Ferguson believes Rangers outcast Harry Forrester has “so much talent” and thinks there is “no doubting” of the 27-year-old’s ability.

Forrester was at Doncaster when Ferguson took over as manager but after having not been playing regularly for Rovers decided to take up Rangers’ offer and move north of the border.

Ferguson thinks Forrester did “ever so well” at Ibrox as he prepares to face the midfielder on Easter Monday when Doncaster face Forrester’s loan club AFC Wimbledon.

“He has got so much talent but he just didn’t get enough games for me,” Ferguson said, as quoted by the Doncaster Free Press.

“The opportunity came up for him and we had the conversation. He just needed to play football, the boy. He went up to Scotland and did ever so well. There is no doubting his talent or ability.

“I just didn’t get enough time to work with the boy.”

The 27-year-old joined Wimbledon on a season-long loan in the summer after falling out with then-Gers manager Pedro Caixinha.

During his time on loan, Forrester has scored three times in 37 appearances and started five out of Wimbledon’s last six games.

Forrester’s Rangers contract has one more year to run but it is difficult to see the former Aston Villa and Watford youngster forcing his way back into the plans at Ibrox.

Ferguson is spot on; there’s no doubt about Forrester’s ability or talent. It’s the player’s attitude that leaves a lot to be desired. The 27-year-old was at one time offered a two-year deal with Ajax after impressing the Dutch giants on trial but seems content to just do the bare minimum required to get along. Forrester’s Ibrox days are almost certainly numbered and the only person Forrester can point the finger for it is himself. Instead of getting to play in front of 50,000 adoring fans every other week, he’s having to fight against relegation to the bottom tier of the Football League.