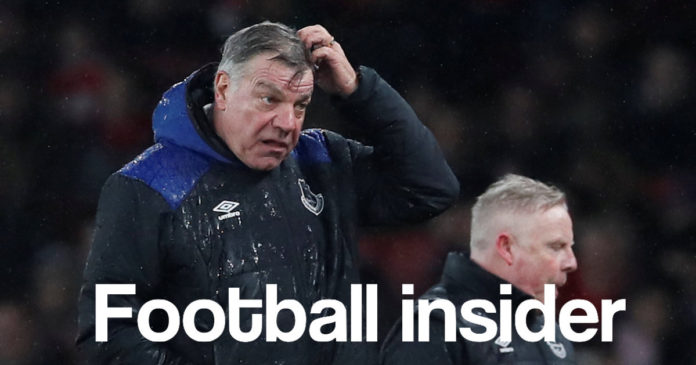 Everton fans took to Twitter to express their anger and frustration at reports the club will try and sign Manchester United’s Phil Jones in the summer.

The Times claim that Sam Allardyce is plotting a move for England international Jones if he is still in charge of the club next season.

It is believed that the current Toffees manager wants to completely overhaul his defence in the summer transfer window if he stays at the club following some wretched displays at the back this season.

Michael Keane and Ashley Williams have struggled as a centre-back pair, Ramiro Funes Mori has been injured and Phil Jagielka is nearing the end of his career.

Jones, 26, has been at United since 2011 after joining from Blackburn Rovers, where he was managed by Allardyce.

A section Everton supporters are decidedly unimpressed at the club’s pursuit of the versatile Englishman, who has not played since the 1-0 defeat by Newcastle United on February 11, having suffered a series of hamstring injuries.

One fan tweeted that they were sick of seeing the club signing second hand players and just wanted a decent centre-back to arrive at Goodison Park.

Another supporter sarcastically stated that director of football Steve Walsh had done really well to unearth an unknown hidden gem.

@everton if Walsh and Allardyce really are lining up Phil Jones, Jami Vardy and Jack Wilshire then you must act to dismiss these two clowns! An entire footballing world to scout and they come up with Manchester’s gurning champion, Albert Steptoe and Mr. Glass! #Allardyceout #EFC

I’m sick of getting second hand players that are done!! Get a decent well known CB!!

In other Everton news, the club want to sign a 6ft 5in ace who had Sane & Silva in his back pocket, £7.5million will seal the deal.