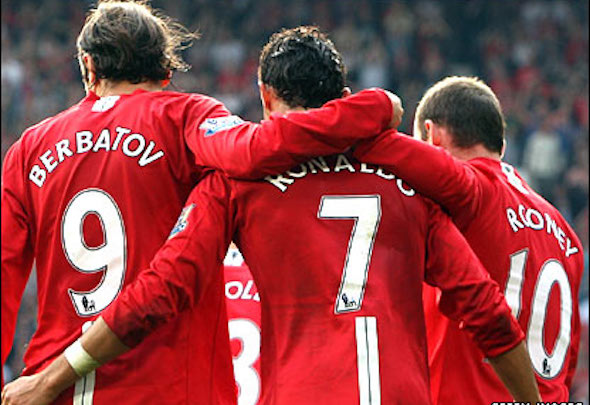 By Tony Hughes
Dimitar Berbatov played with some all-time greats during his time at Manchester United.
But the mercurial Bulgarian has selected only one former Old Trafford colleague in his five-a-side dream team.
Cristiano Ronaldo makes Berbatov’s line-up but there is no place for the likes of Paul Scholes, Ryan Giggs, Wayne Rooney, Carlos Tevez, Rio Ferdinand and Nemanja Vidic.
Berbatov’s former Spurs colleagues are also ignored as the 34-year-old, who now plays for Greek team PAOK, chooses a goalkeeper, a centre-back, an attacking midfielder, Ronaldo and himself for his side.