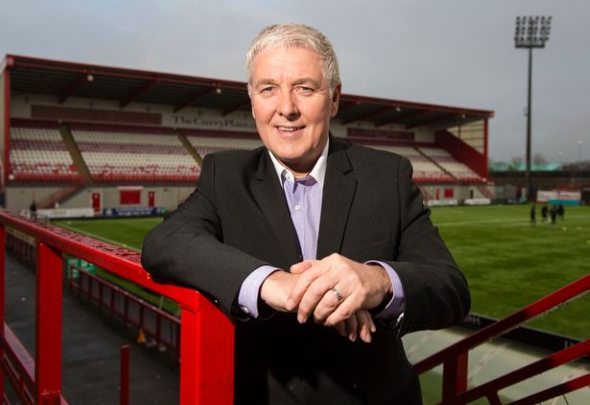 Hamilton vice-chairman Les Gray has insisted Rangers target Greg Docherty isn’t going anywhere until the Accies receive an acceptable offer for him.
Gers boss Graeme Murty confirmed they had made an approach for the 21-year-old playmaker as he continues to rebuild the squad he inherited from Pedro Caixinha.
Docherty has been a stand-out for Martin Canning’s side this season as they attempt to retain their Scottish Premiership place for another season.
Gray revealed the midfielder has recently extended his contract at New Douglas Park and Accies are under no immediate pressure to lose their star asset.
“Greg Docherty is doing very well, so there will be interest. He recently signed a new extension for two and a half years, so it’s just speculation.” Gray said as quoted by the Daily Record.
“Nobody is going anywhere unless we receive an offer that is acceptable, and that hasn’t happened.
“Until somebody comes up with a number that says ‘we’ll take him in January’ there is nothing to talk about.”
Docherty has made 25 appearances so far this season contributing three goals and six assists to help Hamilton to ninth in the Scottish Premiership.
Gers boss Graeme Murty has already signed Sean Goss, Jamie Murphy, Jason Cummings and Russell Martin so far this month and the addition of Docherty would be another impressive signing by the rookie boss.
The 43-year-old has also brought Andy Halliday and Michael O’Halloran back from loan as he looks to put himself in a position to land the Ibrox manager’s job on a long-term basis.
The Gers return to domestic action after the winter break when they face Highland League minnows Fraserburgh in the fourth round of the Scottish Cup on Sunday.
In other Rangers news, this £50,000-a-week forward eager to move to Ibrox is within 48 hours of a switch.
We’ve launched a << BREAKING NEWS FEED>> exclusively for your club. ‘Like Us’ on Facebook by clicking here if you want 24/7 updates on all Rangers breaking news.