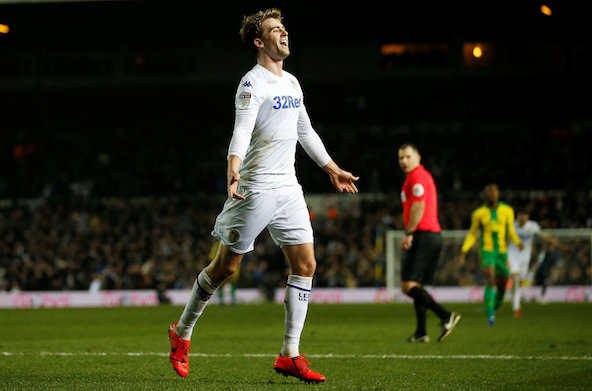 Noel Whelan has revealed how he has been “won over” by Patrick Bamford after admitting to having doubts over his ability to spearhead the Leeds United attack during the promotion run-in.

Bamford missed a big chunk of his United debut season due to two serious knee injuries but has started 11 league matches on the trot.

He has scored nine goals from 20 Leeds matches but missed a series of gilt-edged chances over a number of encounters before returning to form with a stunning double against Preston North End in midweek.

“I doubted Patrick for a while, I must admit,” Whelan said. “He missed so many glorious chances and the microscope has really been on him. I’ve been there myself and it’s tough, especially in this league, where it’s so difficult for a striker to score goals.

“But he’s shut a few people up, myself included, and won me over. You can never really tell with Patrick how he’s feeling. He doesn’t really show much emotion, he just gets on with it.

“He is so laidback. But he doesn’t lose focus or beat himself up. He’s got a very strong mentality and I’m really pleased for him. He could go on a scoring streak now.”

Bamford is expected to spearhead the Leeds attack in their Championship clash against Sheffield Wednesday at Elland Road tomorrow (Saturday).

Bielsa has avoided rotating his team and resting players this season, preferring to make changes only due to injuries and suspensions.

In other Leeds United news, Noel Whelan has slaughtered SEVEN of the club’s senior players as “not talented enough” and who must be “got off the payroll”.