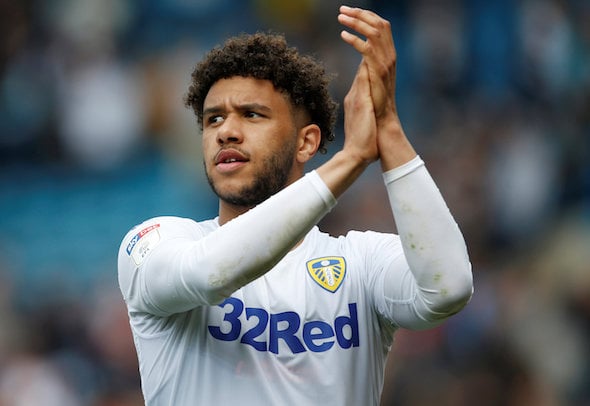 Noel Whelan has insisted that Tyler Roberts is “certain” to be recalled to the Leeds United team for their play-off semi-final against Derby County.

Speaking exclusively to Football Insider, the former United striker claimed there’s no doubt Roberts will start if he recovers from the minor injury that kept him out of last Sunday’s 3-2 defeat to Ipswich Town.

Whelan has been encouraged by the development of the Wales international, 20, and believes he can have a big role to play in the first leg of the two-legged clash.

“If Tyler Roberts is fit he plays, I’m certain of that, he has to” Whelan said. “When he came on against Aston Villa [two weekends ago] he changed the game.

“We know Marcelo Bielsa likes him as a number ten and we’re starting to see more consistent performances from him in that position.

“Tyler Roberts doesn’t have the passing range of Pablo Hernandez or Saiz but he is direct, has good feet and can carry the ball long distances quite quickly. He’s powerful and a real handful.”