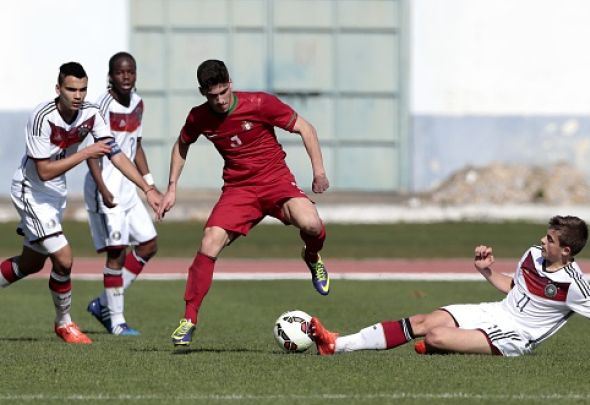 Monaco left-back Ruben Vinagre is attracting interest from Premier League trio Arsenal, Tottenham and Man City, according to a report.

Portuguese newspaper Record claim all three sides are keeping tabs on the 17-year-old, with a host of clubs in Portugal also interested.

It is said the defender caught the eye of the European heavyweights while playing for his country at the Under-17s European Championship in Azerbaijan.

Vinagre joined Monaco last summer having left Sporting Lisbon on a free transfer, but is yet to make his debut for the French side.

Tottenham have been particularly active in bringing young talent into their first team in recent years.

Arsenal boss Arsene Wenger is not afraid to bring young players into the team either, and he has already given senior responsibility to 20-year-old Rob Holding.

Holding signed for the Gunners this summer for £2million from Bolton, and has been instantly involved in first team affairs as Arsenal made a shaky start to the Premier League.

They opened with a 4-3 loss to Liverpool at the Emirates, before drawing 0-0 with Leicester at the weekend.

In other Tottenham transfer news, their star may be lured to the Bundesliga by German giants.