The goalkeeper, 30, quit the Premier League club last October after he agreed to mutually end his contract.

A Norwich source has told Football Insider the club have set their sights on signing Nyland, 30, on a free transfer this month. 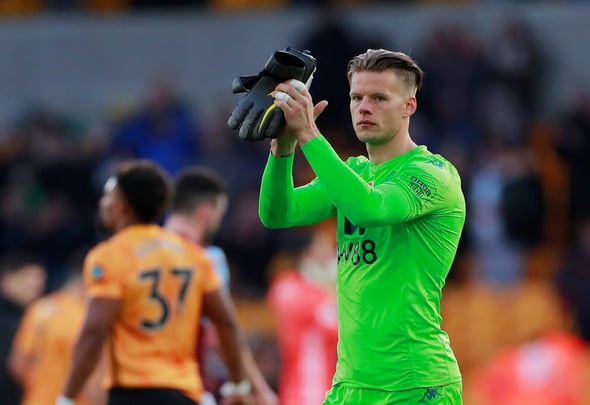 The Norwegian has been without a team since his Villa deal was terminated on 5 October.

He left the Premier League club amid intense competition for the keeper position.

Emiliano Martinez has established himself as the undisputed number one since joining from Arsenal for an initial £17million.

Jed Steer has been on the bench for most Premier League matches this season and also started two EFL Cup fixtures.

England international Tom Heaton is fully fit after missing nearly a year with a knee injury and has been the substitute keeper for the last three league games.

Nyland, who has been capped 28 times by Norway, left Villa after making 36 appearances in just over two years at the club.

Nyland joined Villa from Ingolstadt in August 2018 and made 23 Championship appearances before a ruptured Achilles ended his debut season.

He played against Burton in the EFL Cup earlier this season but then made way for Steer.

That appeared to be instrumental in him deciding to sever his ties with Villa.

In other news, a huge update on Conor Hourihane heading out of Aston Villa this month is revealed.