Noel Whelan admits that Shane Duffy has had a “dream” start to life as a Celtic player after goals in his first two games for the club.

Speaking exclusively to Football Insider assistant editor Russell Edge, the former Aberdeen striker insists that things “could not have gone any better” for the 28-year-old after he became the club’s latest signing earlier this month.

Since joining the Hoops on loan, the Republic of Ireland international has scored for both club and country, including in Wednesday’s 2-1 win over St Mirren. 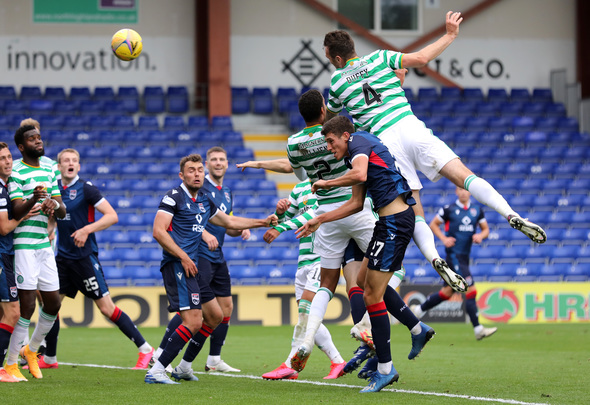 Having seen the centre-back establish himself as a mainstay among Neil Lennon’s starting XI already, Whelan believes the defender could not have wished for a better start to life in Glasgow.

Whelan told Football Insider: “We knew he was going to bring that proper defence, centre-half style – heading, physical, strong. We knew he wasn’t going to be like a Ben White, with all this on the floor, he can pass the ball but he’s not going to be driving out.

“Even with his goals, he commits himself to put his head into places he’s going to get hurt, he’s not afraid of anything and having someone like that.”

“It’s like a dream for him, things could not have gone any better for him since leaving Brighton.

“So far, it’s been the best signing ever for Neil Lennon, I think.”

Duffy played 21 times for Brighton last season, although only 12 of those appearances came among the starting XI in the league.

In other Celtic news, Alex McLeish claims one player will be regretting his decision after deal completed.