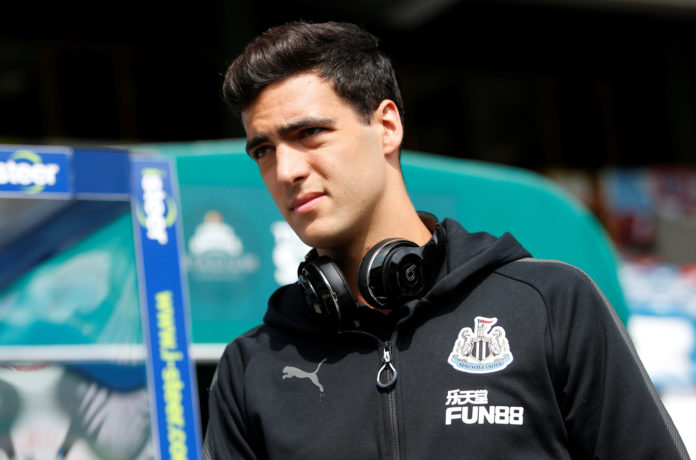 Newcastle United midfielder Mikel Merino has said that while he wants to play in every match he is not concerned about having been axed to the bench for recent matches.

Despite his bright start to the season after joining the Magpies on an initial loan deal from Borussia Dortmund, the 21-year-old has had to settle for a place among the substitute’s for the draw against Southampton and the win against Palace.

While he failed to help Newcastle secure three points at St Mary’s he was the match winner against the Eagles, heading home a late winner from a Matt Ritchie corner at St James’ Park on Saturday.

His appearances off the bench mean that he has appeared in all of the club’s league matches this season, but insists that while he wants to keep starring for the club, he trusts manager Rafael Benitez to pick a side which he feels will be most competitive.

He also says that while the club’s start to the season has been impressive, sitting in seventh after nine games, it counts for nothing yet, and that they must continue to prove themselves at this level.

The midfielder told the Shields Gazette: “Sometimes, you have to go on the bench and it doesnt matter, because the coach trusts different players for different games.

“Of course, I want to play in all of the games if I deserve it, but it doesn’t matter as long as my team-mates are winning and we are all winning together. We have good players in every position.

“We’ve not done anything yet – we have to keep going like this.”

Newcastle’s next match will see them travel to Turf Moor to take on Burnley, who sit just one point behind Benitez’s side in eighth place despite having suffered a 3-0 defeat to league leaders Manchester City in their last outing.

In other Newcastle United news, Ian Wright has revealed what he believes the Magpies must look to achieve this season.