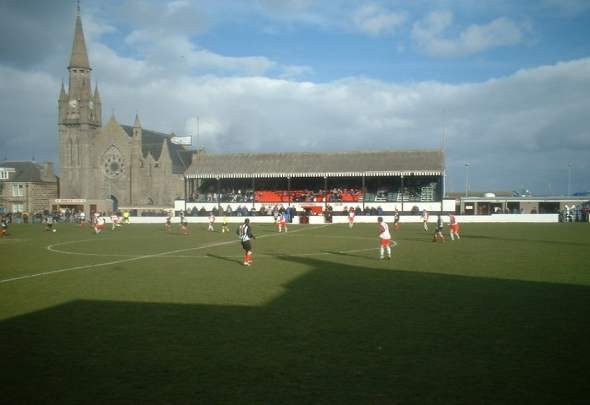 Fraserburgh legend John Duthie thinks the Highland League minnows “have nothing to lose” when they welcome Rangers to tiny Bellslea Park in the fourth round of the Scottish Cup on Sunday.
Graeme Murty’s side will head to the 3000-capacity ground hoping to avoid a humiliating cup exit against the fifth-tier side in their first competitive game after the winter break.
The Gers could have four new faces in their starting XI when they take on the Broch after the arrivals of Jason Cummings, Sean Goss, Jamie Murphy and Russell Martin on loan until the end of the season.
Duthie believes the Gers could struggle with the conditions in Fraserburgh and claims “it’s not easy” for teams to defend against them.
“The weather here is different from anywhere else,” Duthie said, as quoted by the Scottish Sun.
“There is a wee slope on the pitch and it’s not easy for any team to defend if we attack them,
“I’ve spoken to big Boomer the captain and I’ve told him to have a right go. We have nothing to lose.”

The Ibrox side will be expecting a comfortable win against the minnows with one eye on the Scottish Premiership clash with Aberdeen at Ibrox three days later.
Murty’s side will be fully aware that a win over the Dons would see them leapfrog the Pittodrie side into second-place in the Scottish Premiership table on goal difference.
The meeting between Rangers and Fraserburgh will be the first time the two sides have met in a competitive fixture although the hosts were responsible for what is considered the biggest giant-killing to happen in the Scottish Cup when, on 31 January 1959, they defeated Dundee – one of the top clubs in Scotland at the time – 1–0 at Bellslea Park.
In other Rangers news, this £50,000-a-week forward eager to move to Ibrox is within 48 hours of a switch.
We’ve launched a << BREAKING NEWS FEED>> exclusively for your club. ‘Like Us’ on Facebook by clicking here if you want 24/7 updates on all Rangers breaking news