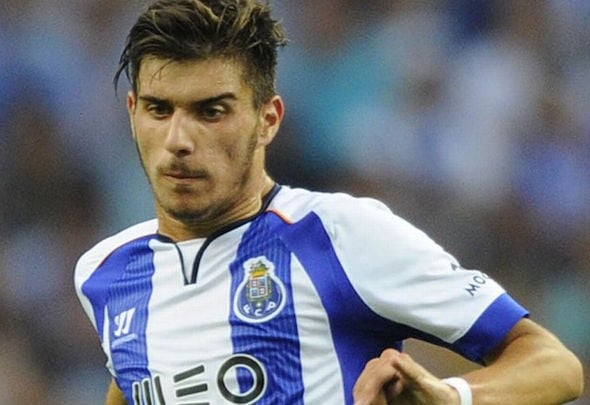 The Express and Star reported earlier this month that the Black Country club had agreed a £15million fee with the Portuguese giants to snap up the 20-year-old.

It was also understood that the deal would be completed within a matter of days.

However four days on since that report without an announcement made, Nuno has assured Wolves fans that the completion of the deal is close.

“Nuno has told the media that he expects the signing of Ruben Neves to go through,” read a post on Wolves’ official Twitter account on Wednesday evening.

Nuno has told the media that he expects the signing of Ruben Neves to go through.

Neves played for Nuno at Porto last season, but was largely left on the fringes of the squad as he struggled to impress his manager and suffered with injuries.

He made just 18 appearances across all competitions, scoring once as he earned a spot in the starting line-up in the league on a meagre six occasions.

A deal for the deep-lying playmaker would be somewhat of a coup for Wolves after Portuguese news outlet A Bola reported that both Liverpool and Chelsea had made contact with Porto about signing the two-times Portugal international.

Neves could be the player that sees Wolves make a very strong bid for promotion ahead of next season, but one star man might be enough to get the job done immediately. Fosun need to really bide their time with Nuno and not make any knee-jerk reaction if his side gets off to a slow start in August. There’s no doubt going to be growing pains for the Wanderers because so many faces, especially from abroad, are certainly going to disrupt the balance and chemistry of the side slight. After pursuing Neves, Wolves should really set their sights on a couple of experience Championship players.

In other Wolves news, one of the club’s local rivals is plotting to land this Molineux forward.

Exclusive: Robinson blown away by ‘Phenomenal’ Wolves star – ‘He’s been touted around’