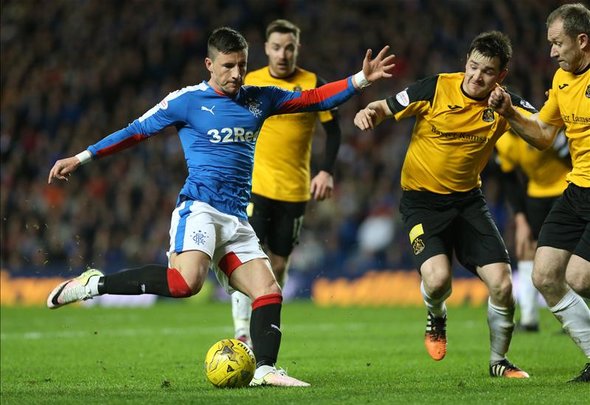 Miller, 36, is currently in his third spell at Ibrox and despite his age he is a regular starter in the first team.

The experienced attacker scored the winner in Saturday’s 2-1 victory over Aberdeen, taking his tally up to four goals and four assists in 22 appearances this season.

Now team-mate O’Halloran has paid tribute to the experienced Miller, stating that he works harder than anyone else.

“Kenny’s been brilliant since I came in,” said O’Halloran to the Scottish Sun. “Every day, I have never seen anybody work as hard as Kenny. It just shows that he isn’t still playing at his age for nothing. He puts in the mileage.”

O’Halloran, 25, also started against Aberdeen on Saturday and has played in 17 matches this season.

Both attackers have been key in helping Rangers to reclaim their position in the top two of the Scottish football pyramid after winning promotion last season.

The Gers’ next target will be to make up the ground on fierce Glaswegian rivals Celtic, who are currently eight points clear at the top with three games in hand.

Rangers will now be preparing for a tough test at home against Hearts on Saturday.

The Gers suffered a 2-0 defeat at Tynecastle last Wednesday and they will be keen to overturn the recent result at Ibrox.

In other Rangers news, three things learned from the Gers’ clash with Aberdeen.