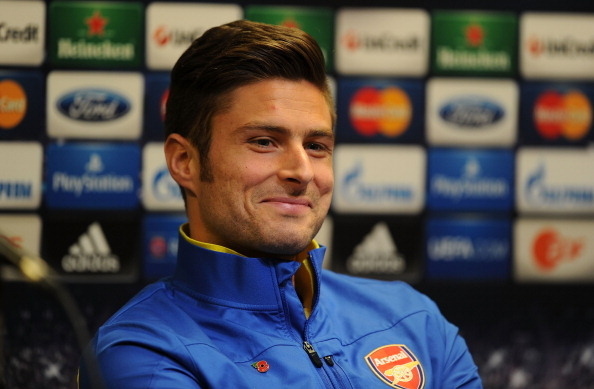 By Michael Cantillon
Mathieu Flamini provides Arsene Wenger’s team with missing edge, Olivier Giroud is a shadow of his former self and other things we learned from Tottenham 1 Arsenal 2.
Flamini showed he still wants first-team spot
In his very first appearance of the season and his first in the League Cup since 2007 (coincidentally also against Tottenham), matchwinner Flamini grabbed a brace for the first time. Known usually for his defensive role in midfield, Flamini played like a box-to-box midfielder, intelligently popping up in the box to slam home the opener on 25 minutes after Michel Vorm had carelessly parried Alex Oxlade-Chamberlain’s shot straight into the six-yard area, and scoring a sumptuous volley with 13 minutes left to play which ultimately proved decisive. After out-shining Aaron Ramsey and Mikel Arteta tonight, could Flamini challenge for a starting place in the league after seemingly being out of Wenger’s plans? He certainly provided the edge that the team has been missing.
[nextpage title=”Next page”]
Kane’s goal drought matters
Last season he hit a mightily impressive 31 goals in all competitions, but Kane is still yet to register a goal for his club this campaign. Made captain for the night by Mauricio Pochettino in a ploy presumably designed to imbue him with more confidence, Kane’s touch was loose in general play and in comparison to his shoot-and-score success of last season, his shots are now dragging past the post. The striker was guilty on a couple of occasions of taking one touch too many as he hesitated when well placed and when he produced a sublime piece of skill to direct a scissors-kick towards the net, Kieran Gibbs stooped to head it off the line. Kane’s goal drought matters. The longer it goes on, more questions will be asked about whether he was a one-season wonder and the greater the pressure on his team-mates to fill the goalscoring gap.


Giroud is not ready to force Walcott out of team
Having lost his league place to Theo Walcott, this was a big opportunity for Giroud to prove why he should regain his starting place. He did not take it. The Frenchman was anonymous for most of the match and offered little scoring threat. With Tottenham’s first-choice defensive pairing of Jan Vertonghen and Toby Alderweireld left out, Giroud was up against two central defenders he would have fancied his chances against: Federico Fazio, who Spurs were more than happy to cast off to West Brom in the summer, and Kevin Wimmer, a 22-year-old Austrian making just his second appearance in English football. However, Giroud failed to make an impact and as a consequence it would be a huge surprise if he were to start at the King Power Stadium this weekend.
Debuchy well below Bellerin in the pecking order
Given the opportunity tonight to try and loosen the grip Bellerin has on the right flank, Debuchy conspicuously failed. Joel Campbell failed to provide him with adequate protection, with Danny Rose allowed to run riot down Tottenham’s left hand side. To say Debuchy struggled to deal with the left-back’s pace would be an understatement. The Frenchman was also partly culpable for Tottenham’s equaliser, allowing the ball to bounce across the box after Calum Chambers had done the same before him. Turned inside-out by Nacer Chadli in the second half and offering little going forward bar the shot that was turned in by Flamini for the opener, Debuchy had a poor game and was Arsenal’s biggest liability-in-chief. Bellerin cannot return soon enough. Eriksen has still to come to life this season

The heartbeat of the Tottenham team for the past two seasons, Cristian Eriksen is yet to really come to life so far this campaign. After struggling with a knee injury in the early weeks, Eriksen had only featured twice before tonight but his lacklustre performance against Arsene Wenger’s side illustrated that he is nowhere near his 2013-14 and 2014-15 levels. Mauricio Pochettino and the Spurs faithful will hope their most creative player can regain his mojo quicksmart.