Alan Hutton has been left raving after Steven Gerrard revealed plans to hand Glen Kamara a new contract at Rangers.

The former Gers defender, speaking exclusively to Football Insider assistant editor Russell Edge, admits that the deal to sign the 24-year-old for just £50,000 from Dundee was an outstanding bit of business at Ibrox.

As quoted by the Daily Record, Gerrard confirmed that the Gers plan to offer Kamara a new deal following the end of the transfer window. 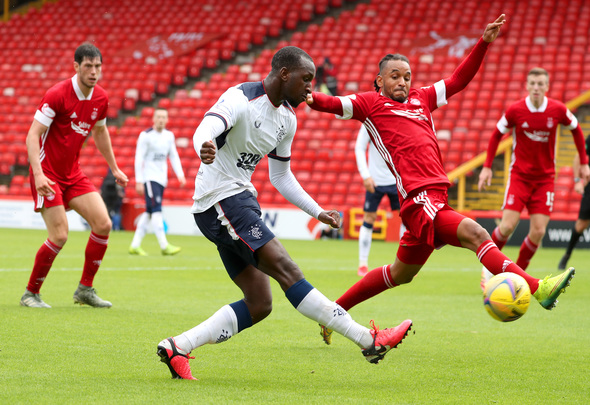 He initially signed for the Gers on a pre-contract agreement in January 2019 but the two clubs agreed a transfer before the end of the winter window.

Hutton admits his capture was a bargain for Rangers and that he “thoroughly deserves” a new and improved contract.

Hutton told Football Insider: “He’s one of the best bits of business that Rangers have done in a long time, to get him for £50,000 from Dundee.

“We all knew that technically, he came through the Arsenal academy so we all knew he was going to be good technically and he’s really starting to show that.

“He’s a powerful runner, he can get up and down the pitch, he’s not just a sitter, he can be a number eight, he can do that, international level he does that.

“He thoroughly deserves it, he looks confident at the moment and he’s a key player for Gerrard. Hopefully, he can keep those standards up for the rest of the season.”

Gerrard told the Daily Record: “Glen is not going anywhere. We are going to offer him a new contract when the time is right. The plan was always to get this window out of the way before we spoke about that but Glen is aware of it.

“He is a fantastic player. We believe he is capable of playing for most teams out there, at any level. He is that talented. We’re absolutely delighted with Glen and he deserves a new deal 100 per cent.”

In other Rangers news, the club are expecting to seal a multi-million pre-contract deal in January.