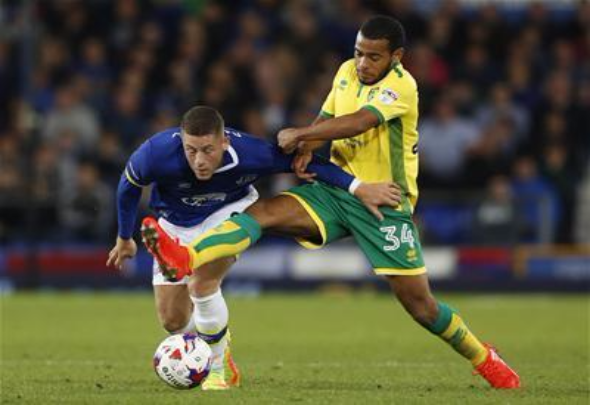 Young Norwich midfielder Louis Thompson has expressed that his side have “a good opportunity to progress further” in the EFL Cup ahead of a clash against Leeds on Tuesday.

The 21-year-old moved to the club in 2014 from Wiltshire outfit Swindon.

He has so far made four appearances for his club this season, which includes two appearances in the EFL Cup.

He is likely to face Leeds at Elland Road in Tuesday evening’s clash and has spoken of how his side now have an opportunity to move ahead in the competition.

“The team’s being doing well in the cup and we want to keep that run going,” said Thompson to the official Norwich website.

“It’s a massive game for us. We’ve got a good squad so it gives opportunities to players such as myself so hopefully we can go and impress.

“It was a very good team performance [against Everton]. We knew they were going to try and dominate the ball but we were in their face and knew with the players we’ve got that we had a chance.

“The main thing is players giving the manager food for thought. That’s all we can do, and we’ve got a good opportunity now to further our progress.”

Leeds and Norwich are currently separated by six places in the league with Norwich in fourth place on 27 points and Leeds in 10th on 20.

They are yet to play each other in the current campaign, with the two set to meet after this weekend’s round of fixtures.

Garry Monk will be keen for his side to continue their cup run, while also pushing in the league and supporters of the club won’t accept anything less than a victory at Elland Road.

In other Leeds news, Kemar Roofe has given his insight into what his best position is.