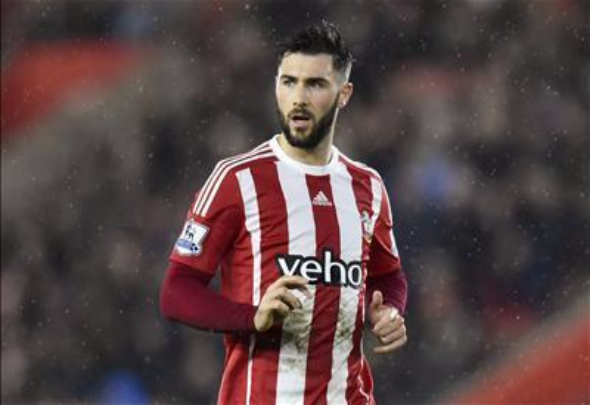 Charlie Austin has explained that he was “delighted” after scoring against West Ham for Southampton earlier in the campaign.

The 27-year-old opened the scoring for the south coast club in his side’s convincing 3-0 victory at the London Stadium in September.

However, the goal meant more for Austin after comments made by Hammers chief David Sullivan during the summer of 2015 about the prolific forward being “too much of a risk” due to injury problems.

Now Austin has revealed his pleasure at answering his critic in the Premier League encounter, revealing that the goal put the cherry on top of an all round great performance.

“With West Ham, I can laugh about it now, I suppose,” said Austin to the Daily Mail. “I was on my way into training and a mate of mine rang up and said, ‘Have you seen what David Sullivan has said about you?’ I hadn’t, so I looked at it and thought, ‘What is this!’

“If I had no ligaments, I wouldn’t be able to walk, would I?

“I’d made up my mind not to react, but it wasn’t until after I realised how delighted I was. I know people would have expected me to do something but I didn’t want to stoke the fire again. We played well, I scored. We battered them. The goal put the cherry on the top of the cake.”

Austin has been in great form for Southampton in front of goal after Frenchman Claude Puel took over in the summer.

He has scored seven goals in 10 appearances for the south coast club in all competitions and Hammers fans would be sure to want him leading their line rather than the goalless Simone Zaza at the moment.

The east London club have struggled in the league alongside Zaza and currently sit in 15th place in the league table as they host bottom of the league Sunderland on Saturday.