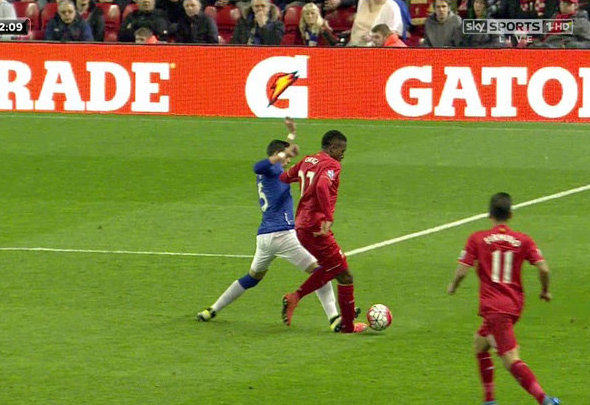 Divock Origi will be out for four to six weeks with ankle ligament damage, according to a Belgium report.

The Liverpool striker underwent an initial set of scans on his ankle at hospital on Thursday following the horror tackle from Ramiro Funes Mori in the Merseyside derby.

Belgian outlet RTBF claim the results have showed that Origi will be sidelined for up to six weeks, which is almost certain to rule him out for the rest of the season.

It is a shattering blow for Liverpool, who are set to be without their newly established No1 striker for their Europa League two-legged semi-final against Villarreal.

There is a slim possibility Origi could return for the final if Liverpool overcome Villarreal but the youngster joins Emre Can and Jordan Henderson in an uphill battle to regain full fitness for the showdown in Basle on 18 May.

Jurgen Klopp revealed afterwards that Origi had not broken his ankle but the young striker had suffered suspected ligament damage.

This prompted immediate fears that Origi could be ruled out for months. Klopp revealed the injury was not as bad as at first feared although he admitted it had blotted what should have been a memorable evening for the home side.

“I would like to say yes, I am delighted, but the injury to Divock Origi has cost me some joy,” said Klopp afterwards, as quoted by the BBC Sport website. “I can’t say too much about Origi but they say it is disgusting, awful pictures.

RTBF say Divock Origi will be out for 4-6 weeks. What I know: 1st scan shows ligament damage, 2nd scan tomorrow has to determine the extent.

“When I came in, everyone who had seen the pictures were worried it was broken, but it is not. I went to see Divock in the medical room. I saw him smiling. The ankle is twisted, and we have to wait to see what has happened to the ligaments. That’s how it is.”