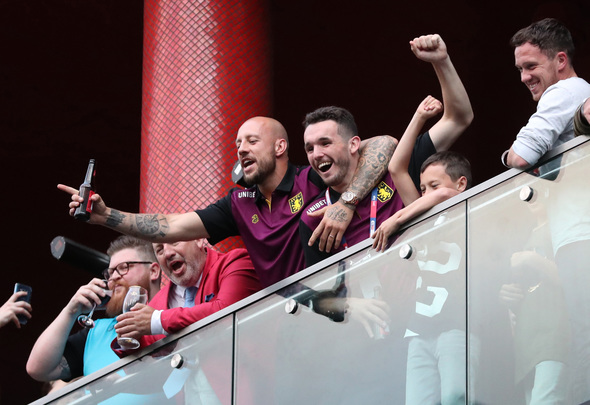 Alan Hutton admits he is “over the moon” that Tyrone Mings has signed a new long-term contract with Aston Villa.

The former Villa and Scotland defender, speaking exclusively to Football Insider assistant editor Russell Edge, claims the club board are “trying to build something” after they also got Jack Grealish to commit his future to his boyhood club.

The Villans confirmed on Monday that the 27-year-old had put pen to paper on a new deal tying him down at Villa Park until 2024.

Hutton, who played alongside the centre-back during their time in the Championship together, has revealed his joy at Mings’ new deal and admits it is exciting times with all the new deals being handed out by the board.

Hutton told Football Insider: “It’s brilliant, I think Jack was the one that started it all, the rest of the squad looking to that signing and you can really see what the owners are trying to do, they’re trying to build something.

“They’re not just picking out any sort of player and seeing what happens, they’re building for the future, get Jack tied down, get the right components around him to move forward.

“Tyrone’s obviously seen that as well, he wants to commit his future which is brilliant, he’s been a rock for Villa over the last few seasons so I was over the moon to see it.”

Mings has played a total of 57 times for Villa since his initial loan move from Bournemouth.

He started and played the full 90 minutes of the club’s opening clash against Sheffield United on Monday and set up Ezri Konsa’s winner.

In other Aston Villa news, Hutton has been blown away by one new signing.