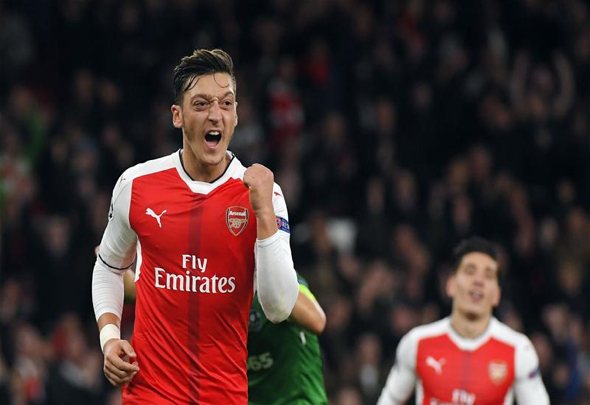 Manuel Neuer and Mesut Ozil have sent humorous pictures to each other on Twitter after Arsenal drew Bayern Munich in the Champions League on Monday afternoon.

It is the fourth time the club giants have drawn each other in the elite competition in four years.

Ozil and Neuer are international team-mates with Germany and it would appear that they are looking forward to once again meeting on the pitch as opponents.

The world-class goalkeeper was the first to Tweet Ozil, posting an image of him saving a penalty from the Gunners attacker on his personal Twitter account with the caption: “Meeting a good friend.”

The image provoked a response from Ozil, who replied on his personal Twitter account with “true story mate,” alongside an image of him scoring past the goalkeeper.

The two clubs last met each other in November 2015 in their Champions League group F.

However, it did not prove to be a happy evening for Arsenal with Bayern Munich running out heavy 5-1 winners at the Allianz Arena.

Both Neuer and Ozil started and played the full 90 minutes in the previous clash and the Gunners star will be keen to ensure his side doesn’t suffer a similar fate this time.

In other Arsenal news, Michael Owen reacted to the Gunners draw on Monday.