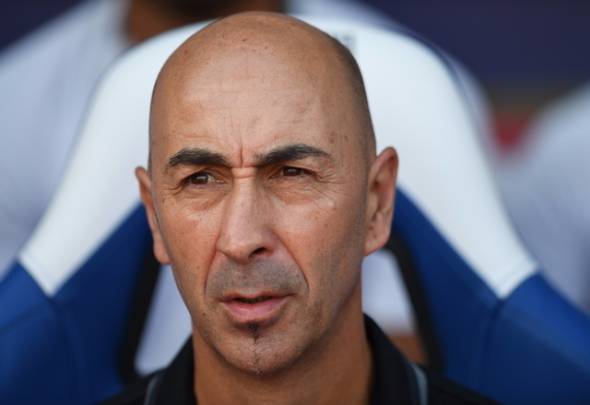 Spanish boss Pako Ayestaran spoke very highly of Rangers on Sunday evening when asked about being linked with the current vacancy.

The 54-year-old is somewhat of a surprise inclusion in the race for the managerial role due to having no links to Scotland or the club in general.

However, Sky Bet currently have him placed at odds of 20/1 to replace Mark Warburton at Ibrox and he seemed pleased just to be asked about the job as he appeared on Sky Sports on Sunday evening.

“Well this is good to be connected with these level of clubs,” started Ayestaran on Sky Sports as he acted as a pundit in Barcelona’s 2-1 win over Leganes.

“Glasgow is a club with a great history behind and all this would be great to join.”

Ayestaran has already had five different managerial roles after being named boss of Mexcan side Tecos in 2013.

His most recent team was Malaysian Super League side Johor Darul Ta’zim F.C., while he was sacked from Valencia before that.

However, he did take Maccabi Tel Aviv to an Israeli Premier League title in 2015 and if he was handed the job at Rangers fans would be expecting similar success.

What is clear is that with the famous Ibrox club currently sat down in third place in the table and 30 points behind fierce rivals Celtic after losing against Dundee at the weekend they need to appoint someone soon.

In other Rangers news, Celtic fans reacted to Joe Garner’s suspension in the Old Firm clash.