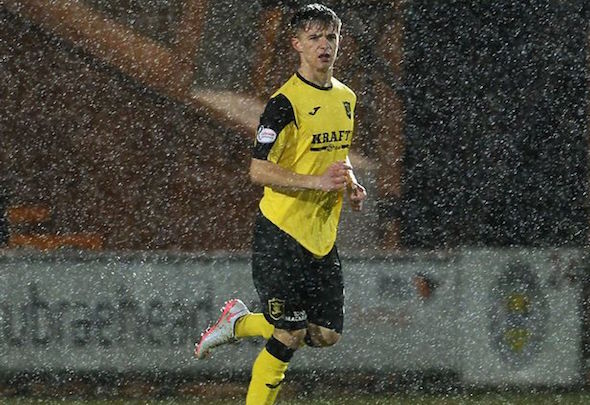 Manchester United made a deadline day move for Livingston striker Matthew Knox, according to his father.

The 16-year-old had a trial at Old Trafford during the January window after previously undergoing trials at Liverpool, Tottenham and Everton.

“Man United came back in for him yesterday (Monday) and there was interest from QPR but Livi are holding on to him,” Knox’s father, also called Matthew, told the East Lothian Courier. “It’s a good felling knowing that these clubs want him.”

Knox caught the eye of the United coaches with a goal past former keeper Victor Valdes in one practice match.

Manchester City and Chelsea are also tracking the the player’s progress and his manager at Livingston, former Scotland international David Hopkin, is convinced Knox can reach the top.

“He’s got the fitness levels and he’s still going to develop because he’s only just turned 16,” Hopkin told Capital City Press. “With what he can do with the ball, taking on information and retaining information, he has got a right good chance and he’s a real down to earth kid too.

“We’ll make sure he does not get distracted by the hype. He’s already been down and had a few trials at big clubs like Liverpool, Everton and Tottenham.

“He’s done very well and there’s a lot of managers that I know that have been phoning me asking about him.”

Knox became Livingston’s youngest ever player when he made his debut with a late run-out in the 4-1 Boxing Day win over St Mirren, coming just four days after his 16th birthday.