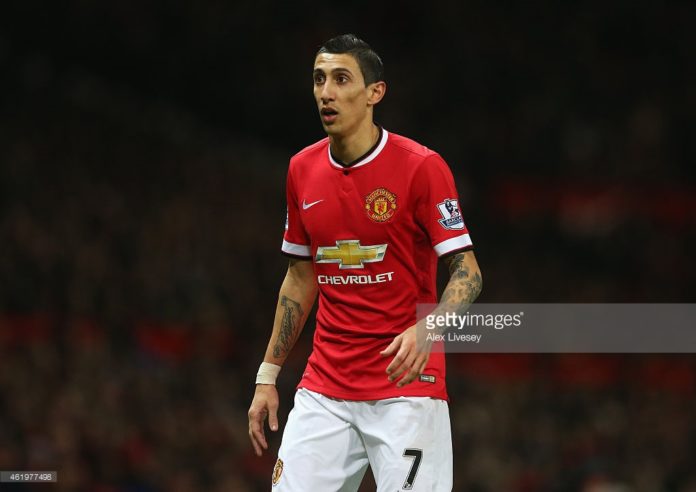 The French champions are on the trail of the out-of-favour Manchester United winger after being scuppered in their attempts to sign him 12 months ago.
Football Insider sources understand that United could be willing to listen to offers for Di Maria but they would look to recoup most of the £59.7million they spent on the 27-year-old.
Di Maria has failed to live up to expectations since being signed for a British record transfer fee and has been a substitute for United’s last five matches as he finds himself behind Ashley Young and Juan Mata in the pecking order for wide attacking roles in Louis van Gaal’s team.
PSG tried to sign Di Maria from Real Madrid last summer but their plans were scuppered when their spending power was curbed by UEFA for breaching Financial Fair Play rules.
The French club remain firm admirers of the Argentine, whose family are believed to be unsettled in Manchester and whose form has been fitful after a storming start at Old Trafford.
Di Maria’s haul of 10 Premier League assists has been bettered this season only by Cesc Fabregas but he has been only a bit-part figure in the second half of the campaign.