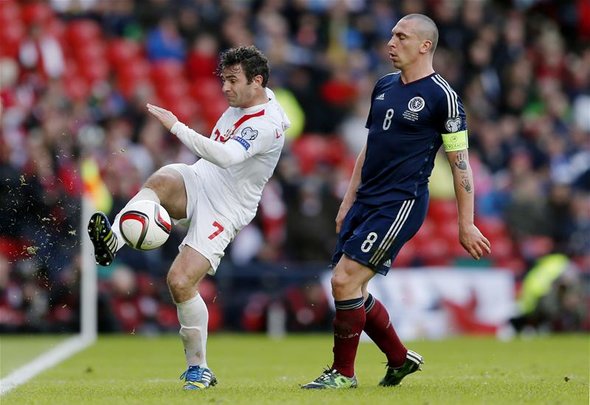 The part time outfit overturned a first leg defeat to Flora at the Victoria stadium to set up a dream tie with one of Europe’s biggest clubs.

The Red Imps striker who scored Gibraltar’s first ever competitive goal hopes that the difficult conditions will give them the edge before they travel to Parkhead for the second leg on July 20.

“Playing here in Gibraltar, it’s going to be hot as always, they probably won’t like the heat or the artificial pitch,” the part time policemen told Deadline News. “It’s an advantage for us because we are more used to the heat and the pitch.”

The Gibraltar Football Association were only accepted into UEFA as a full member three years ago but are already see one of their teams perform in front of a capacity 60,000 crowd later this month.

Red Imps are the country’s record champion with 22 league titles, the last 14 of which have been consecutive, and in 2014 they were the first team to represent Gibraltar in the UEFA Champions League.

Celtic fans were given a boost on Monday morning, when BT Sport agreed to show the tie live from Gibraltar after initial coverage plans were dropped.

The Hoops have won the last five league titles in Scotland, but the last four have lacked the challenge of rivals Rangers.

This season sees the return of the Ibrox side to the top flight and they are expected to pose an instant threat after four years in the wilderness.

New manager Brendan Rodgers has been busy in the transfer window signing attacking pair Moussa Dembele and PJ Crossan and is now being linked with a move for Blackburn defender Shane Duffy.

In other Celtic news, they have lined up a bid for a winger as Rodgers refuses to take no for an answer.