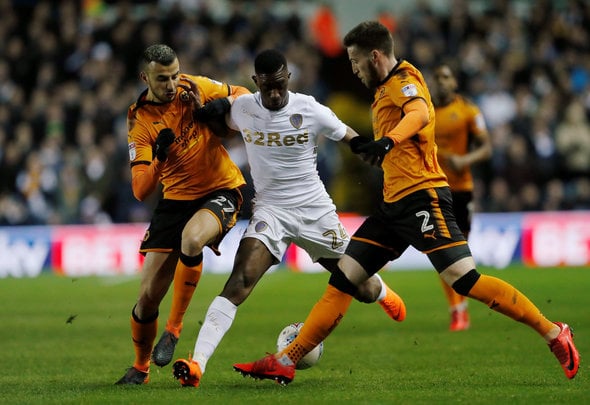 Wolves star Matt Doherty has accused Leeds United and Aston Villa of trying to take points off his side with their complaints about Jorge Mendes’ involvement at Molineux.

Leeds and Villa complained to the EFL about how Wolves have been able to equip themselves with Champions League-level players and questioned the relationship between Fosun and super-agent Mendes, who is the representative of a clutch of players at Molineux as well as manager Nuno Espirito Santo.

Andrea Radrizzani chose the aftermath of the Whites’ defeat to the Wanderers earlier this month to publically question the West Midlands club on Twitter and faced a serious backlash from his own fans.

Doherty, 26, has launched a scathing attack on those who have complained about his club and has urged them to take more care about their own situation rather than what is happening at Molineux.

“We know what the deal is, we know there is nothing going on,” he said, as quoted by the Express & Star.

“Some of the stuff they’re complaining about is pathetic really. Even Neil Warnock came out and backed us up and he would be one you’d think would be firmly on top of it.

“They’re trying anything to get some points off us. But we’ve done our talking on the pitch — we’re 13 points clear of third.

“The clubs talking are those behind us who are slipping up. They should have other things to worry about.”

While it is worth raising questions about, Leeds and Villa should really have asked the EFL to investigate it earlier in the season rather than waiting for Wolves to start running away with the Championship title. It just smacks of being a sore loser, especially with Radrizzani’s post-match outburst when his side lost to Nuno’s men. It’s quite a strong reaction from Doherty, who could have just brushed it under the carpet like more players would. It seems that the Irishman feels very strongly about the accusations flung at his club and felt it necessary to respond.

In other Wolves and Leeds United news, fans have urged the club to hire this former Molineux manager in the summer.