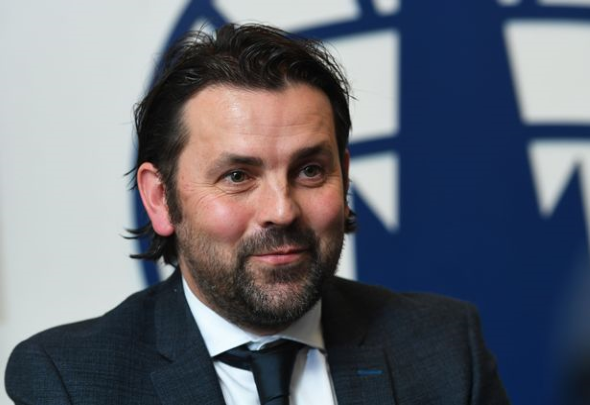 Falkirk manager Paul Hartley believes the presence of senior duo Graeme Murty and Jimmy Nicholl is a big reason why the Gers have won nine out of ten games since the winter break.

The Light Blues have been in fantastic form since the turn of the year and are currently on a run of six consecutive wins after Nicholl left his role as Hartley’s number two at the Falkirk Stadium to assist Murty at Ibrox in January.

The Northern Irishman brings a wealth of experience to the role and the Gers marked improvement in form can be – in part – attributed to Nicholl’s arrival.

Hartley thinks Nicholl’s influence “shouldn’t be underestimated” after a long career taking in spells with Rangers and Manchester United amongst others.

“Jimmy’s influence there shouldn’t be underestimated,” Hartley said, as quoted by the Scottish Sun.

“He’s a great personality to have around any club, but he’s also a great coach out on the training ground.

“He won’t be slow in telling players if they aren’t doing what he wants.

“I do believe that, along with Graeme, his presence will be a big reason for Rangers’ form.”

The Light Blues face the biggest test of their current form on Sunday when they welcome Old Firm rivals Celtic to Ibrox in a must-win Scottish Premiership clash.

Murty’s side are currently six points behind the Hoops and a win over Brendan Rodgers’ side would blow the title race wide open with one more meeting of the sides still to come in the league.

Hartley is absolutely spot on and Nicholl’s influence at Ibrox is clear to see. The experienced coach has seen it and done it before and little will faze him as he helps Murty along in his first manager’s job. The former Rangers and Man United defender has a huge reputation as a coach and has built up a long background in coaching since first taking charge of the Gers’ reserve side in the 1980s. Murty looks much more assured in himself alongside the experience of Nicholl and the Gers are reaping the rewards so far after nine wins from ten in 2018.