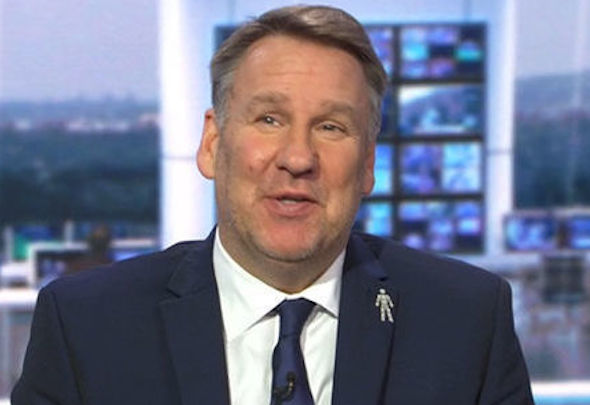 Paul Merson has predicted that Everton will take maximum points from Burnley when Sam Allardyce’s side head north in the Premier League on Saturday.

The former Arsenal and Aston Villa winger believes that despite the Blues poor form in attack, they will come away from Turf Moor with a 3-1 victory, noting the home side’s inability to bag a win.

Writing in his column, the Sky Sports pundit also made a bold statement on the future of the Toffees boss, he said: ‘It’s been a weird season for Burnley so far. If they didn’t start the season like they did they would be right in the mix for relegation. I cannot remember the last time they won a football match.

‘Meanwhile, I watched Everton against Watford last weekend and it wasn’t good. The way Everton are playing now I’d be surprised if Sam Allardyce was there next season. I know he’s got a contract beyond that but I can’t see him staying.’

Rumours have been circulating that the former England manager will not be at Goodison Park beyond the end of the season.

Mixed results and poor displays in attack have meant that Big Sam’s tenure on Merseyside has been frequently questioned and criticised by the Everton faithful who by and large would like to see the back of their manager.

Allardyce has a two-year contract with the club and only arrived at the Toffees on the back of Ronald Koeman’s sacking in October.

Despite dragging the Blues clear of relegation and up to ninth in the Premier League table, that does not seem to be enough to keep the doubters silent.

Eddie Howe and Paulo Fonseca have been touted as potential successors to Big Sam’s regime.