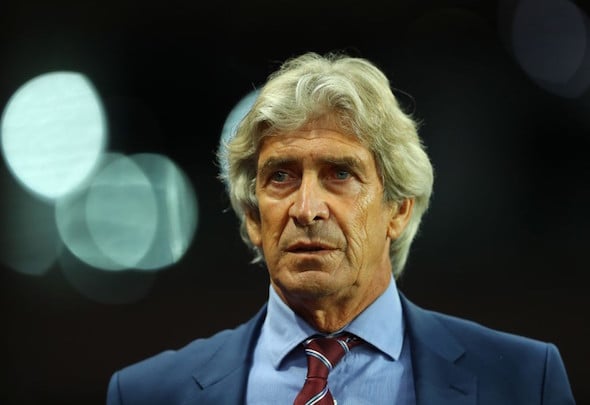 Manuel Pellegrini has taken a radical step to halt the West Ham slump by banning days off for his players during the international break, Football Insider has learned.

The first team members not on national team duty would normally expect an extended break, often up to four days in a row.

A West Ham source has told Football Insider that Pellegrini has come down hard on his underperforming stars by laying down the law in the current fortnight domestic pause.

He has not given his players any days off and instead ordered them into the club’s Rush Green training base every day.

Pellegrini has been privately left miffed and frustrated by his team’s wretched run of seven games without a victory.

He has, said the source, been at a loss as to why West Ham’s form has deteriorated so quickly and significantly.

The Chilean does not have a reputation as a taskmaster but he has decreed that only hard work can help get the team’s season back on track.

This has been a blow to those first teamers expecting a chance for some time off while the international stars – including Declan Rice, Fabian Balbuena, Arthur Masuaku, Winston Reid, Andriy Yarmolenko – went out with their national teams.

The Hammers have lost four of their last five league matches to leave them 16th in the table and led to some questioning the manager’s position.

Pellegrini’s team are 16th in the table after taking just 13 points from their opening 12 league games.

That is just one point adrift of Spurs in 14th place as the two London clubs prepare to go head to head at the London Stadium on Saturday.

In other West Ham news, Football Insider can REVEAL an update on Grady Diangana recall after shattering injury.