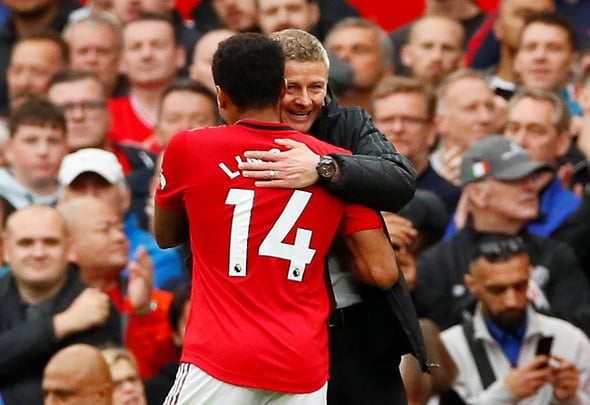 Danny Mills claims that people are starting to ask questions of Manchester United forward Jesse Lingard after his lack of goals and assists in recent months.

Speaking exclusively to Football Insider, the former Manchester City and England defender says that the 26-year-old has not contributed enough to the side and that he needs to start adding more to his game.

The versatile winger, who can also play through the middle, only managed five goals and four assists in his 36 appearances last season, all but one of his strikes coming in December.

Mills says that the 24-cap star is not offering enough to warrant him staying in the side and that people are starting to cast doubts over his talents.

Mills told Football Insider: “People are starting to ask questions of Jesse Lingard. Apart from a spell in December when he scored four and created two, over the last six, seven months, I’m looking at the stats.

Lingard has featured in both of Manchester United’s opening Premier League fixtures, seeing out over 80 minutes against Chelsea and Wolves.

He has a total of 169 appearances under his belt for the Red Devils, netting 29 goals and chipping in with a further 18 assists.

In other Manchester United news, Mills has told Football Insider he thought a Premier League transfer could trigger the exit of a big name at Old Trafford.