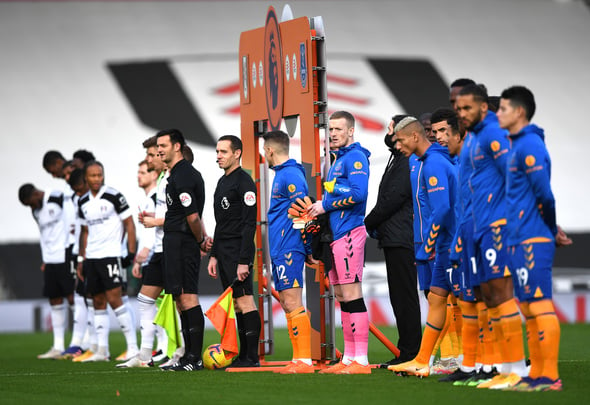 The former Sunderland shot-stopper has come under intense scrutiny this season for his poor form and injuring Liverpool star Virgil van Dijk in the Merseyside derby in October.

He was dropped against Newcastle United weeks after the incident but was reinstated against Manchester United the following week.

The Toffees have not kept a clean sheet in the Premier League since the opening day of the season but Pickford showed clear improvement against Leeds.

He made five saves, according to WhoScored, and was only beaten by a late long-range striker from Raphinha.

And Agbonlahor has claimed he single-handedly kept his side in the game for the majority of the game.

He told Football Insider: “Jordan Pickford hadn’t done well and he made a few mistakes.

“But I feel like people need to give him the plaudits when he has a good game because he kept Everton in the game at times.

“It’s just down to his strong personality, you can tell that from the way he plays.

“Even if he has a bad game he won’t let it get to him. He’ll continue to try hard and get his good form and that’s what he’s doing.”

Until he was replaced by Robin Olsen at St. James’ Park in October, Pickford had started every Premier League game for Everton since his move from Sunderland in the summer of 2017.

He has kept 38 clean sheets in 154 top-flight appearances for Sunderland and Everton.

In other news, Everton have been told to sign a Tottenham star made available for sale.