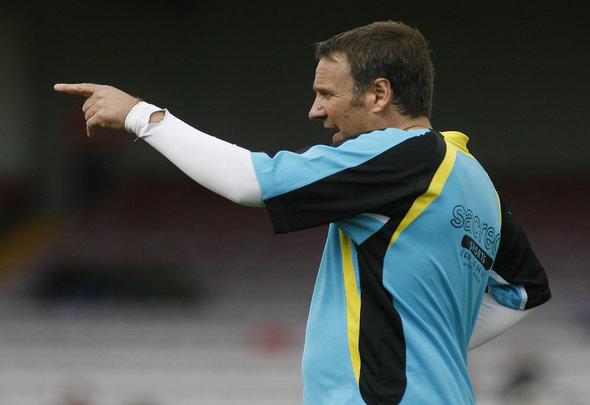 Sky Sports pundit has predicted that Newcastle will endure a difficult time when they take on Southampton on Sunday.

The two sides will clash at St Mary’s just two points and three places apart in the Premier League table, with the 12th places Saints having one less and drawn one more match than the Magpies, who sit in ninth.

However, despite their positions in the league table, Merson has predicted that Mauricio Pellegrino’s side will comfortably overcome Newcastle on the south coast, despite highlighting their struggles in front of goal.

Stating that he believes Southampton will win Sunday’s clash 2-0, he wrote on Sky Sports’ website: “Southampton are a funny team who don’t score enough goals. I know people will be surprised that I’d say they will win this 2-0.

“I just think sooner or later something has to happen and they need to start entertaining – they sacked the last manager because he was not entertaining enough and the new manager is no different so far.

“Newcastle had a good result against Liverpool but I also look at their last away game when they lost at Brighton.”

As Merson points out, Rafael Benitez’s side come into the tie off the back of an impressive 1-1 with Liverpool at St James’ Park, with the Magpies frustrating and limiting the attacking potential of Mohamed Salah, Sadio Mane and Philippe Coutinho.

Southampton meanwhile fell to a 2-1 defeat away at Stoke in the last outing, making it two successive defeats after Manchester United snatched a 1-0 win at St Mary’s.

Pellegrino’s side have managed to score five goals this season, two less than Newcastle, while their home record has been abysmal.

They have managed to find the back of the net in just two of their past 11 competitive fixtures in front of their own fans, with three goals scored against both West Ham in August and Crystal Palace back in April.