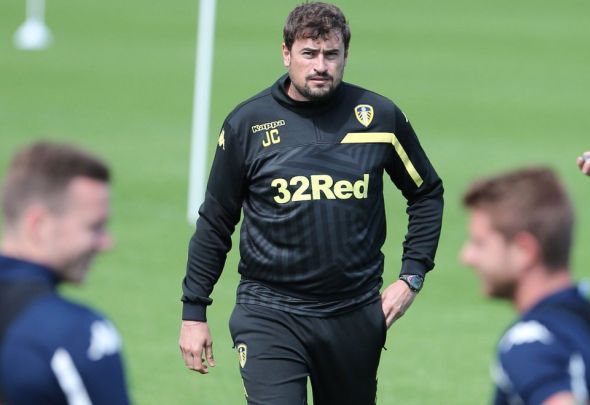 Assistant manager Pep Clotet has thanked Leeds fans on Twitter for their “incredible support” this season after their season ending 1-1 draw with Wigan on Sunday afternoon.

The Yorkshire giants spent the majority of the campaign in the Championship play-offs with Garry Monk and Clotet proving a success in their first season in charge of the club.

A disappointing end to the campaign which saw Leeds pick up just one win from their last eight games ultimately ended the club’s chances of finishing in a promotion spot.

However, there was still a good feeling for those associated with Leeds in regards to the club’s achievements this season and after Sunday’s finale Clotet paid tribute to the fans on his personal Twitter account with a string of messages.

Not easy to express what I feel. We've just ended a very special season here and I'd like to thank everyone at Leeds… #MOT 1/3 pic.twitter.com/QNHwq3u6eq

for their incredible support and trust from day one. Togetherness, commitment and a lot of hard work have been our allies… 2/3

and we have proudly turned the obstacles in our favour and the doubts into hope. We have been MARCHING ON TOGETHER! 3/3

Clotet joined Leeds in the summer alongside Monk after the duo worked at Swansea together.

They will both have been happy with the way their first season at the famous club has gone despite missing out on a play-off spot and they will be aiming to take that next step in the next campaign.

There is still some doubts in regards to the future of Monk with his contract set to expire this summer, but talks are underway.

In other Leeds news, Noel Whelan has given his verdict on Charlie Taylor after the player’s refusal to play on Sunday.