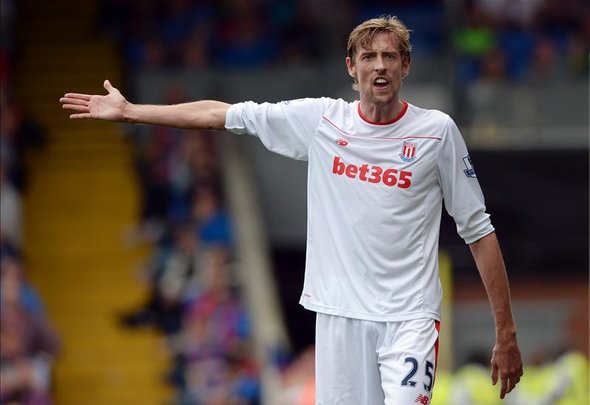 Gareth Barry is set to mark his 600th Premier League appearance on Saturday – and Peter Crouch joked that he had the midfielder’s Panini Stickers when he was at school.

Midfielder Barry is set to mark 600th appearance in the top-flight when Ronald Koeman’s side host Aitor Karanka’s Middlesbrough on Saturday evening.

Stoke forward Crouch, who is the same age as Barry, played with his fellow 35-year-old at Aston Villa and managed to see the amusing side of the former England international’s landmark occasion.

“Congratulations to Gareth Barry making his 600th Premier League appearance today,” Crouch wrote on his personal Twitter account. “I was so pleased when I got his panini sticker at school.”

Congratulations to Gareth Barry making his 600th @premierleague appearance today . I was so pleased when I got his panini sticker at school

Former Premier League winner Barry will join a select few when he reaches the landmark on Saturday afternoon, with Ryan Giggs [632] and Frank Lampard [609] the only other players to reach the historic 600 figure.

In other Everton team news, Paul Merson has picked out two key Toffees players ahead of their clash against Middlesbrough.