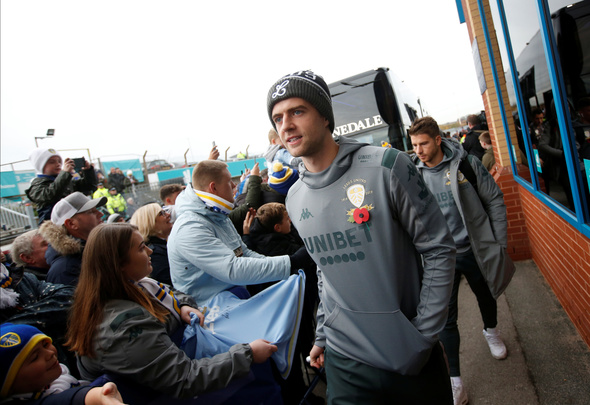 Noel Whelan has been left blown away by the “phenomenal” work rate shown by Leeds United striker Patrick Bamford despite a lack of goals in recent weeks.

The former Leeds forward and lifelong fan at Elland Road, speaking exclusively to Football Insider assistant editor Russell Edge, says that the 26-year-old has proven why he is a favourite of manager Marcelo Bielsa in spite of his barren spell in front of goal.

Prior to Saturday’s home win against Blackburn Rovers, Bamford had gone 10 games without finding the back of the net despite starting every single one of the Whites’ Championship fixtures.

The striker managed to break his duck against Rovers at Elland Road today, hitting home from the penalty spot to open the scoring in the home side’s 2-1 win.

However, Whelan says that he is not too concerned with Bamford’s drought if the other Leeds players can find their goalscoring boots, insisting the centre-forward offers so much more up front.

Whelan told Football Insider: “It’s very difficult because Marcelo Bielsa will not change the fact he likes  Patrick Bamford and I can see that because he brings so much to the game and to the team, despite not scoring.

“If other people can chip in then it takes a bit more pressure off him but his work rate has been phenomenal. Everything that’s coming up to him is sticking pretty much, he’s been chasing defenders 50 yards back into his own half.

“Can Eddie (Nketiah) do that? He can score goals, we know that, we know Patrick can as well, but can he do that side of the game that Marcelo Bielsa needs and wants from his players.”

Bamford has netted five times in his 16 appearances for Bielsa’s men this season, all but Saturday’s goal coming in the opening five games of the campaign.

The former Middlesbrough man is still Leeds’ top scorer in the Championship, with Eddie Nketiah on three and Jack Harrison, Ezgjan Alioski and Pablo Hernandez all on two.

In other Leeds United news, Danny Mills claims a “powerful” 20-year-old could take the place of a mainstay in the starting XI.