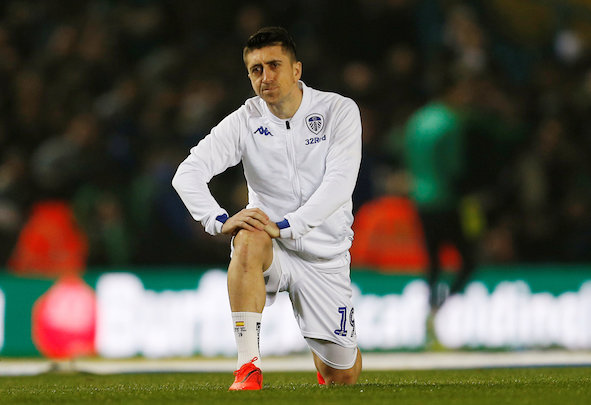 Marcelo Bielsa can fully “justify” making multiple changes to the Leeds United team for the Bank Holiday showdown against Brentford, according to Phil Hay.

The Yorkshire Evening Post correspondent and United expert claimed in a Twitter exchange with a supporter it “wouldn’t be a surprise” if the manager made “minimal” alterations despite the Good Friday defeat to Wigan Athletic.

But Hay pointed out that there would be few raised eyebrows if Bielsa changed the side that slumped to a 2-1 home loss against a relegation-threatened side who played most of the game with 10 men.

knowing what we know about him, wouldn’t be a surprise if changes are minimal. But he could justify several.

Few Leeds fans would quibble if Bielsa did something he has barely done throughout the team’s against-the-odds marathon campaign – make a raft of unforced changes to the starting XI. The Argentine has hardly tweaked with his side all season, with his hand only usually forced by injury or suspension. The remarkable faith he has displayed in the players under his command has been repaid with some of the best performances supporters can recall since the Premier League glory days. But, with Leeds’ automatic promotion hopes in the balance, could now be the time for Bielsa to wield the axe? Certainly, Kemar Roofe should come into the reckoning to start after fully recovering from knee trouble, while Jack Clarke and Adam Forshaw will also have hopes of recalls to the line-up. There is a sense the manager is more likely to stick with the tried and trusted, and hope they can bounce straight back from the surprise loss to Wigan.