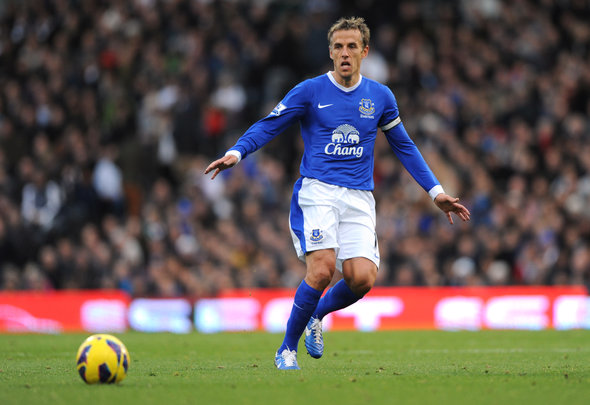 Unsworth has been in charge at Goodison Park since former boss Ronald Koeman was sacked last month, winning one and losing three of his four games as caretaker boss.

Unsworth guided the Everton U-23 team to the Premier League 2 title last season and the former Everton defender Neville thinks that he should be given time to show what he can do with the first team.

“I want David Unsworth to get an opportunity,” Neville told Sky Sports.

“He knows the club, he was a playe, he’s coached the U-23s, he’s produced so many brilliant young players.

“I know he’s had four games but I hope he gets longer than that.

“One, I think he’s a good person. Two, he’s done his hard graft in the youth team and the U-23s. I hope as a young English coach he gets an opportunity to do well.”

Burnley manager Sean Dyche and Watford boss Marco Silva are among the managers who have been linked with the role at Goodison Park.

Unsworth made over 100 appearances for Everton as a player between 1992 and 1997 and replaced Koeman last month.

His side are currently 15th in the league table and are two points above the relegation zone, but they did come from behind to beat Watford 3-2 their previous match.

Koeman was sacked after the 5-2 defeat by Arsenal last month and became the third Premier League manager to lose his job this season.

The Toffees return to Premier League action against bottom-of-the-table Crystal Palace at Selhurst Park on Saturday.

In other Everton news, this manager says he is open to talks with the club over the managerial role.