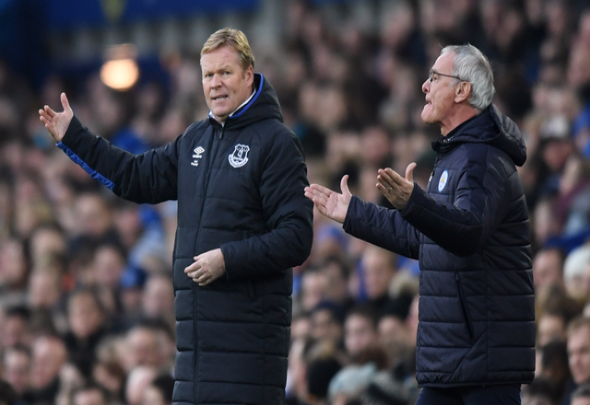 Neville retired from the professional game in 2013 after an eight-year spell with Everton, but has been impressed with the club’s progress under the Dutchman’s leadership this term.

Koeman has led Everton to within touching distance of a top-six finish in the Premier League this season, although the ultimate ambition is to break their way into the top four.

Speaking live on Sky Sports 1 on Sunday (1pm), Neville reserved particular praise for the Everton boss and the work he has done in transforming the club this term.

He even went as far as describing Koeman as ‘the signing of the season’, which will no doubt delight Everton fans, but will inevitably spark debate among others.

He said: “I think he has been the signing of the season, I really do. The most impressive thing to me was last week at Anfield when he put them kids in.

“He said ‘I trust you, go out there and play, try and get us up to that next level.’ I think he will give the Everton players a chance when they come through.

The former Southampton man has shown tremendous faith in young players in the Everton first team this season, handing regular roles to the likes of Tom Davies and Ademola Lookman.

In other Everton news, a report has detailed the role of Steve Walsh in the club’s reported pursuit of Michael Keane.