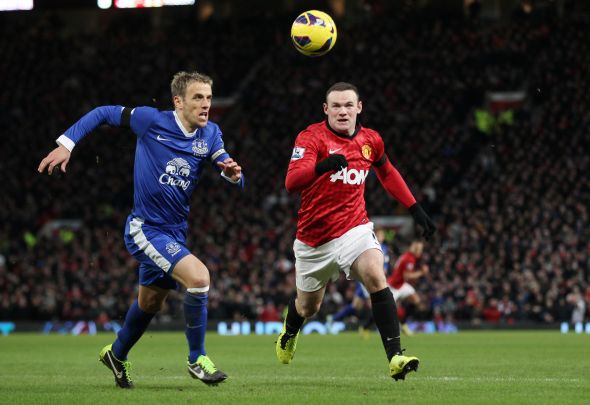 Former Everton man Phil Neville has sent a heartfelt message to current ace Seamus Coleman after he was on the end of a horror tackle made by Neil Taylor on Friday evening.

The 28-year-old right-back took a terrible challenge from the Aston Villa player, resulting in a red card for Taylor and a broken leg for Coleman.

Large sections of of those associated with football have criticised Taylor, while sympathising with Premier League stalwart Coleman.

One of those was Neville, who wrote on his personal Twitter account on Saturday morning that the Toffees star will return fitter and stronger, while hailing him as an amazing person and right-back.

Coleman has been at Everton since 2009 after moving over from Irish side Sligo Rovers for a fee of just £60,000.

He was a teammate to Neville for four years with the latter retiring in 2013 and he has since made the right-back position his own at the club.

The Republic or Ireland international has made a total of 247 appearances for the Toffees and while it is unlikely he will return before the seasons end, many will be hoping he comes back early into the next campaign.

In other Everton news, John Hartson has torn into Neil Taylor after his tackle.