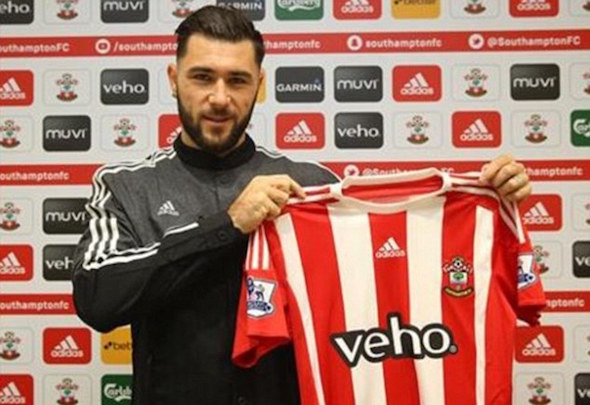 By North-west correspondent Alex Stevens
Liverpool should have signed Charlie Austin this month, according to former skipper Phil Thompson.
The former QPR striker, who scored 18 Premier League goals last season, joined Southampton for £4million earlier this month.
Austin marked his debut for the south coast club with a memorable late winner in the Saints’ 1-0 win at Manchester United last weekened.
The Englishman is type of striker that Thompson thinks Liverpool are lacking.
“Aside from [Christian] Benteke, we’ve not got an out-and-out striker,” Thompson told the Mirror. “They were trying to fill that void with [Alex] Teixeira but that’s not going to happen until the summer.
“They should have signed Charlie Austin. It’s a case of needs must, and for the price Southampton paid he would have been worth a gamble. And he’s a Liverpool fan.”
The three-time European Cup winner argued the club’s summer transfer strategy actually hindered their progress, while adding the Reds have missed clear opportunities to strengthen the squad this month.
Liverpool signed six players in the summer and nine the summer before that. And Thompson believes it’s time to accept such significant change does more harm than good.
Thompson added: “We spent a huge amount of money in the summer but buying so many players didn’t help us, it hindered us.
“I’d rather use the whole transfer budget on three top quality players. We need to add some star quality to this squad.”