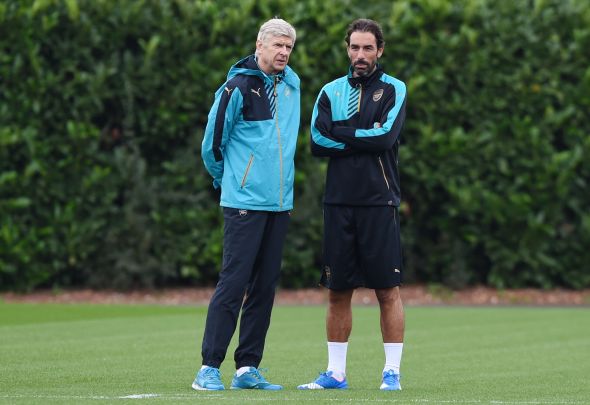 Arsenal legend Robert Pires has questioned the spirit and commitment of the club’s players, but defended manager Arsene Wenger.

Wenger has come under fire recently from pundits and fans alike for his tactical decisions, following the club’s recent 3-1 defeat at Premier League leaders Manchester City.

The Arsenal boss was heavily criticised for his decision to leave club record signing Alexandre Lacazette on the bench at the Etihad Stadium.

The loss to City leaves the Gunners 12 points behind the Premier League leaders in this season’s title race and in danger of failing to qualify for the Championship League for the second successive season.

However, Pires, has insisted that Wenger is still the right man to turn the club’s fortunes around and instead questioned the commitment of the Arsenal players.

“For me, he’s still the man. He has done well for a long, long time,” Pires told ESPN FC.

“Sometimes it’s difficult with a lot of pressure from the fans and media, but he’s always very relaxed and confident. He always believes in the players, and that’s positive.

“I feel that there is still good quality in this Arsenal team – maybe we just need more spirit and commitment.”

Pires won two Premier League titles and three FA Cups under Wenger and was part of the club’s invincible season in 2003/04.

The Frenchman was substituted by Wenger in the 2006 Champions League final defeat to Barcelona and left the club that summer to join Spanish side Villarreal.

Wenger is the most successful manager in Arsenal history and signed a new two-year contract with the club at the end of last season.

In the other Arsenal news, Gunners star Mesut Ozil has revealed the last development in his contract talks with the club.