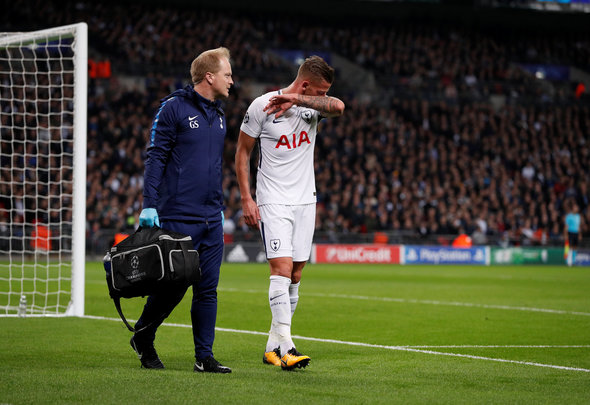 Mauricio Pochettino lost his rag during a Tottenham media conference after being grilled about Toby Alderweireld because he felt Davinson Sanchez had been disrespected, according to a report.

Football London claim the real reason the Spurs manager launched into an “angry tirade” after his team’s 1-0 win over Arsenal on 10 February over a question about Alderweireld was due to Sanchez.

It said that Pochettino felt there had not been enough appreciation of the performance of the Colombian centre-back in the marquee clash at Wembley.

Tottenham had omitted Alderweireld from their starting XI even though he claimed he was fully fit and had played the full 90 minutes of the FA Cup win against Newport County three days earlier.

Spurs instead paired Sanchez with Jan Vertonghen in central defence and they helped keep a clean sheet in the high profile derby clash.

Sanchez has certainly had an impressive debut season for Tottenham after joining from Ajax last summer, although it would be stretching it to claim that he is on a par with Alderweireld. Not yet he is not. The Belgian is not only the best centre-back at Spurs but one of the outstanding players in his position in the world. Sanchez has settled in well at Tottenham, but he still has much to learn, which was highlighted by the last-16 Champions League tie against Juventus. Had Alderweireld been fit and firing, it is unlikely the Serie A giants would have broken Tottenham down in the manner that they did. Pochettino is right to back his man Sanchez, but that does not mean questions about Alderweireld’s omission and status are not totally legitimate.