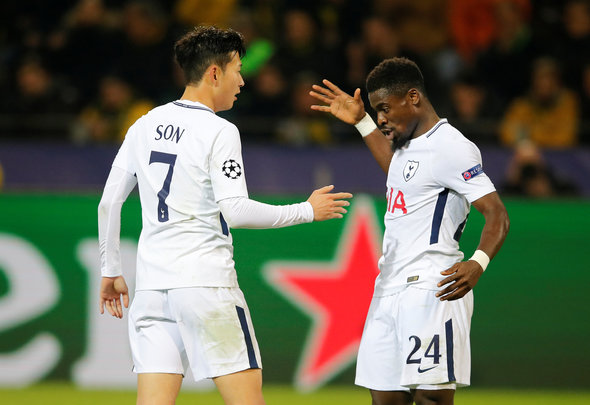 Tottenham boss Mauricio Pochettino will no doubt be the envy of many managers across the Premier League and Europe when it comes to the depth of quality at his disposal.

The Lilywhites have at least two quality options when it comes to each role across the pitch – with the exception of perhaps centre forwards – and the Argentine manager has made full use of the options at his fingertips.

One position which has been heavily rotated is at right back, where Kieran Trippier and summer signing Serge Aurier have been battling it out to establish themselves as the number one choice.

In terms of appearances, it is the English defender who has the advantage, with 30 outings in comparisons to the Ivorian’s 24, but it was Aurier who was given the opportunity to shine on Saturday, playing the full 90 minutes in a 2-1 win over Stoke City.

However, it would be a recipe for disaster if he were to keep his place for Spurs’ next game, when they come up against a wounded giant in the shape of Manchester City.

Pep Guardiola’s men have suffered two successive defeats and have a massive fight on their hands to rescue their Champions League campaign in midweek against Liverpool.

Aurier’s defensive capabilities have been under serious scrutiny this season, having demonstrated a reckless nature at the back, while his contribution up at the other end of the pitch has also been disappointing, with just three assists.

Trippier is by far the more reliable of the pair and when it is City’s electric attack up next, with the likes of Leroy Sane and Raheem Sterling set to try and bounce back from defeat to local rivals Manchester United, Aurier has to be axed.